President Gotabaya Rajapaksa said, “I will not allow any room for attempts to discredit and destroy the dignity of our war heroes who made countless sacrifices to bring peace to entire Sri Lanka.

…..If any international body or organization continuously target our country and our war heroes, using baseless allegations, I will also not hesitate to withdraw Sri Lanka from such bodies or organizations”

President Rajapaksa made this comment today (19 May) during his speech at the Ranaviru Day commemoration.

The full text of the speech is below:

May 19th is a very important milestone in the history of Sri Lanka.

11 years ago on a day like this, on May 19th 2009, we completely defeated the separatist terrorism which had been a curse to the country for nearly 30 years.

It was President Mahinda Rajapaksa who gave the leadership for this battle in his capacity as the Commander-in-Chief.

With the end of terrorism, an environment where people could live without fear or anxiety and enjoy their human rights freely was created.

After a period of 30 years, we ensured democracy and build an atmosphere where free and fair elections could be held.

The atmosphere where people can travel freely without any restrictions to any place of the country was restored.

Our war heroes and their families made immense sacrifices to usher in peace to the country which was engulfed in terror.

War is not a bed of roses. Especially, the war heroes had to face numerous bitter experiences and difficulties when battling one of the most ruthless terrorist organizations in the world which did not respect law.

During those 30 years, helpless civilians got killed everywhere in the country. A large number of lives and properties were lost due to suicide attacks, bombing in buses, trains and buildings carried out by the terrorists.

The prime objective of the Humanitarian Mission was to bring lasting peace in the country.

Because of the exceptional sacrifices made by our war heroes, today we have the opportunity to live in peace and harmony in a unitary state.

Our country, nourished by Buddhist philosophy, possesses a form of administration that an oasis for all religions and all nationalities.

Throughout its history, people in this country including Sinhala, Tamil, Muslim, Malay and Burgher have had equal rights.

The motive of the extremists was to divide us. If they were successful in their attempt, our history could have taken a different course. Sri Lanka could have become a country where communities hate each other, engage in continuous battles for borders, fear of war is a common norm of life and another hapless and divided country.

The honor of liberating the country from this catastrophe should be given to all our heroic troops who fought for the peace in our country for a long time.

We remember with immense gratitude, all the war heroes including General Kobbekaduwa and General Vijaya Wimalarathna who fought for this victory for more than 3 decades and laid their lives for the country.

As an officer who was engaged in active service for around 20 years, later as the Secretary Defence for 10 years as well as a citizen I am very well aware of the sacrifices made by our war heroes.

Pain of the war is not strange to me.

Therefore, I will not allow any room for attempts to discredit and destroy the dignity of our war heroes who made countless sacrifices to bring peace to entire Sri Lanka.

I assure you that under my administration, we will take every measure always to protect the dignity of our heroic forces.

It is a national responsibility to ensure their rights.

In a situation where even leaders of powerful countries have emphatically stated that they would not allow any action against their war heroes, in a small country like ours where our war heroes have sacrificed so much, I will not allow anyone to exert undue pressure on them or harass them.

If any international body or organization continuously target our country and our war heroes, using baseless allegations, I will also not hesitate to withdraw Sri Lanka from such bodies or organizations.

We pay the tribute of the nation to all war heroes and their families who contributed to the battle against separatism for 3 decades.

The highest honour that can be bestowed on them is to transform this country which was protected by them by laying their lives to a land where every citizenry can live in peace, harmony and with dignity.

At this War Memorial, I invite all patriotic citizens to make your fullest contribution towards this endeavor.

I thank you all.

May the noble Triple Gem bless you. 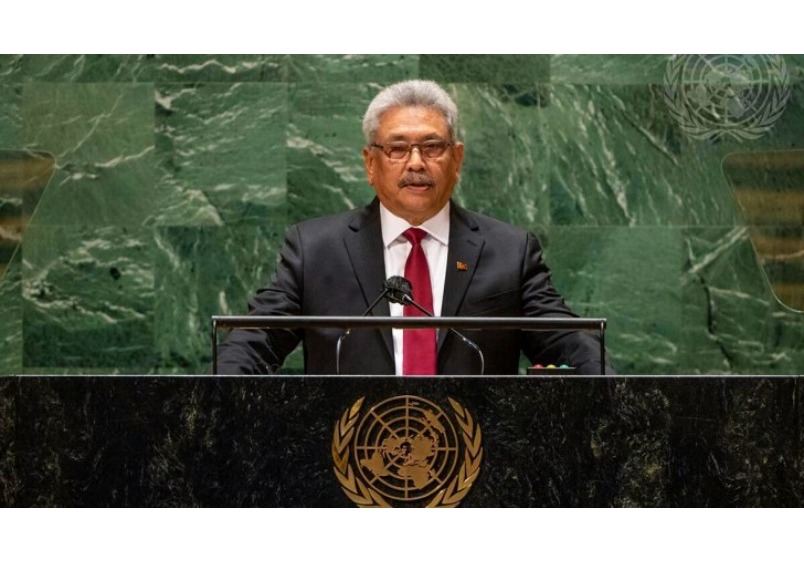 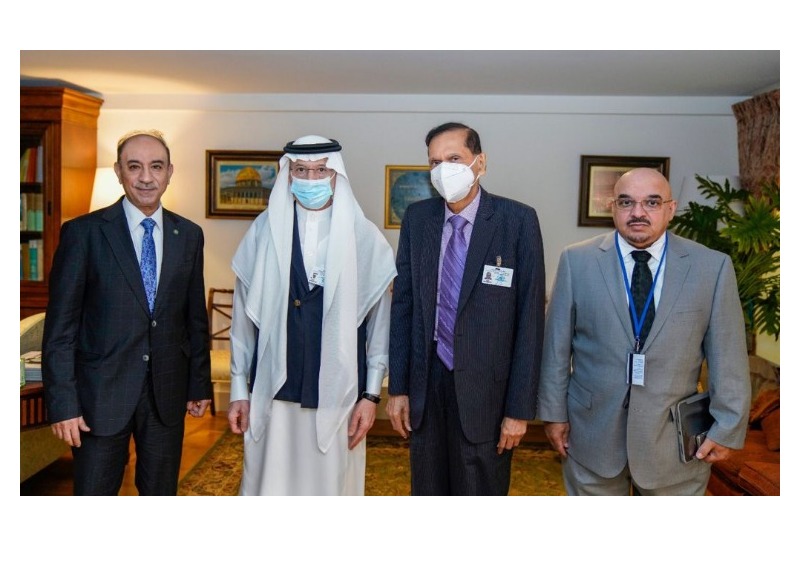 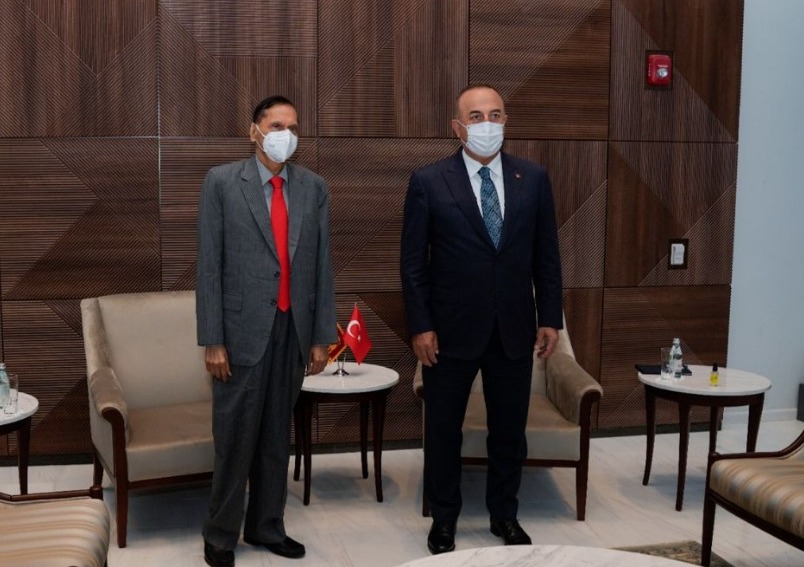